Menu
You are here:Savio Home / Life in Hawaii / Big Island / Hawaii's Kilauea: Living with a Volcano
The State of Hawaii has many islands. The major ones are Oahu (where Honolulu and Waikiki are), Maui, Kauai, Molokai, Lanai and the Big Island, which is also called Hawaii.
The Big Island is the biggest of the Hawaiian chain of islands. It is also the youngest. It was formed way later than the other major Hawaiian islands.
The Big Island does not have the colorful theme parks, mega shopping centers, huge zoos and museums, pulsating nightlife  and other attractions and distractions  major cities in the mainland have. What the Big Island has are natural spectacular natural  attractions that provide stimuli for an exciting and meaningful life discovering the wonders of nature and thinking of our place in the universe.
If famous Game of Thrones writer George Martin has a “Land of Fire and Ice,” the Big Island is a land of fire and ocean.   Like all Hawaiian Islands, the Big Island has spectacular beaches.  But unlike the other Hawaiian Islands, the Big Island has at least two live active volcanoes – Kilauea and Mauna Loa.
Kilauea volcano is more active than Mauna Loa.  For at least more than three decades now, Kilauea has been oozing lava not from its main crater but from a vent on its side called Pu’u’O’o.  Through all that there was no activity on the main crater, called Halemaumau, until about three years ago when lava below it became more active enough that in the dark there was a red glow above the crater.
In the past several days, however, Halemaumau more than glowed. A bubbling  lava lake  became visible in the surface sending  spatters to the rim of the crater.
One nice thing about living on the Big Island of Hawaii is that it only takes a few minutes ride from anywhere to be near the ocean. I live on the east side of the Big Island and from where I am  a view of Halemaumau is only about 40 minutes away.
After a grueling day working on a volunteer community project friends and I drove to the Hawaii Volcanoes National Park to take a look at Halemaumau. Since none of the photos I took turned out well, I am sharing with you those that others took.  I hope that they give you the same sense of wonder that many of us residents of the Big Island enjoy and remain grateful for.
Life on the Big Island is never boring! 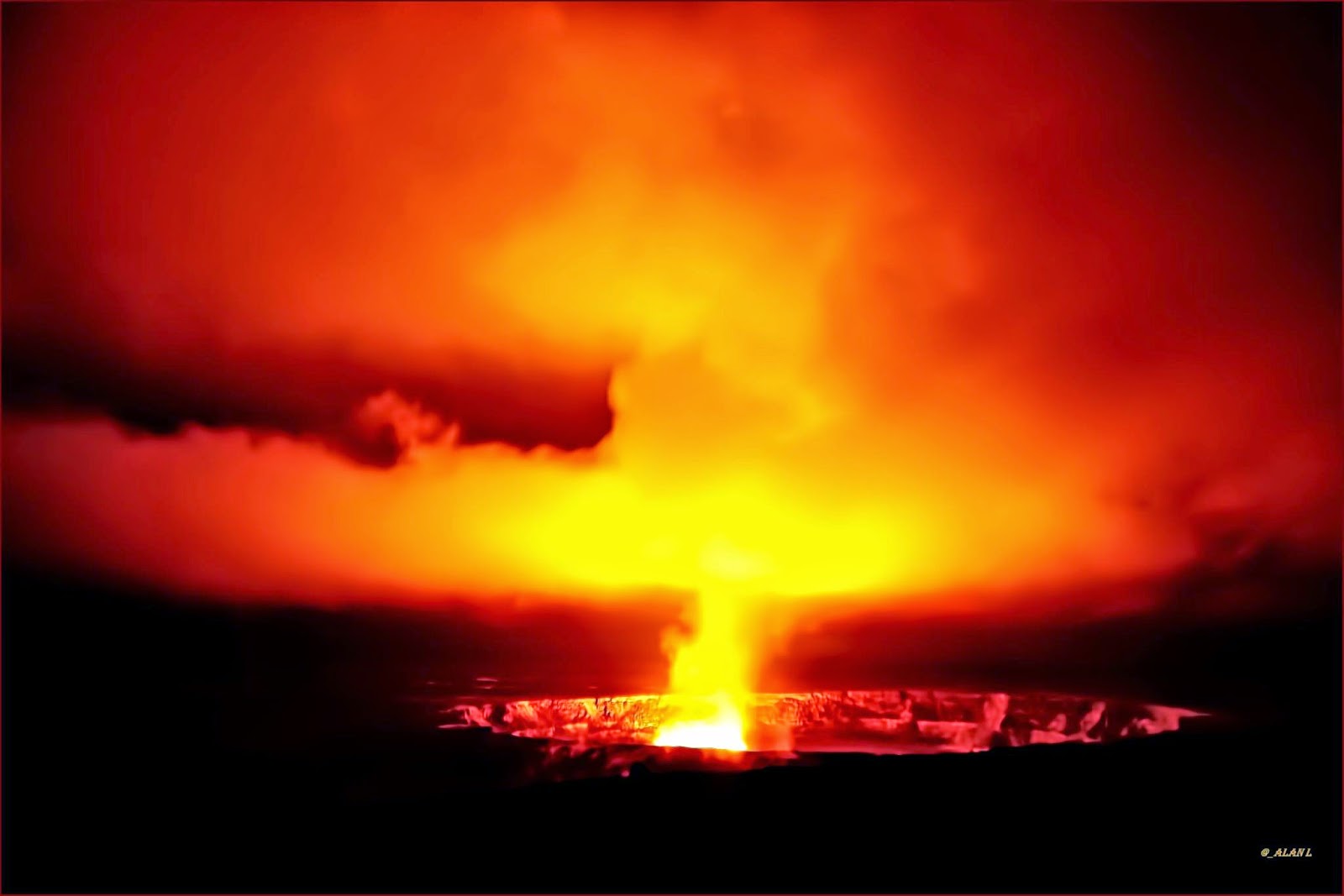 More in this category: « Rainbow Falls
back to top