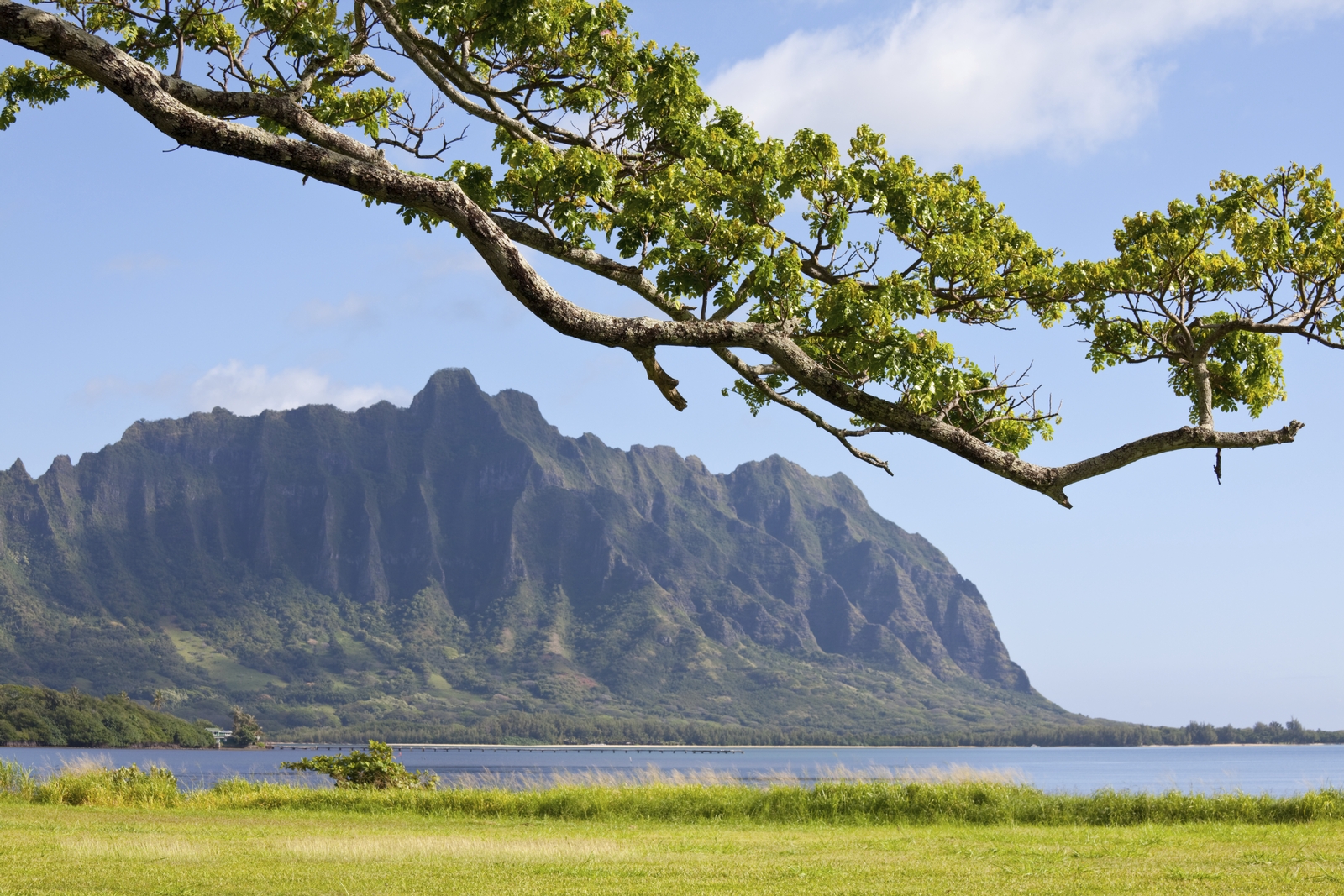 The Gathering Place
The Hawaiian Islands are defined by both their incomparable beauty as well as their geographical, historical and cultural diversity. From sandy beaches to brilliant kaleidoscopic sunsets, it is no wonder why the Rainbow State is often called "Paradise." It is equally easy to discern how Oahu became identified as “The Gathering Place” - the island is home to roughly 75% of Hawaii’s total population.

Land Mass
Oahu is the third largest Hawaiian island in size. It is approximately 44 miles long and 30 miles across, with more than 225 miles of shoreline and at least 100 white sand beaches.

Geography
The consolidated city-county of Honolulu encompasses the entire island of Oahu, however the majority of Hawaii’s citizens live in the downtown area of Honolulu that is commonly referred to as “town” - located on the southeast end of the island. Honolulu is the capital of the Hawaiian Islands, and serves as the main gateway into Hawaii.

History
The word "Oahu" has no meaning in Hawaiian, aside from referring to the island itself. It has been said that the Polynesian navigator credited with discovering the Hawaiian Islands named the island after a son. Oahu was home to Hawaiian royalty for generations after the islands were unified by King Kamehameha I. Standing amidst the bustle of downtown Honolulu is Iolani Palace, built by members of the royal family and the only royal palace on American soil. Oahu is also home to two of Hawaii’s most famous sites: Diamond Head and the Arizona Memorial.

Diamond Head, known as Mt. Leahi (brow of the tuna) in Hawaiian, was named by 19th-century British sailors who thought they discovered diamonds on the crater's slopes. These "diamonds" were actually shiny calcite crystals that had no value, but the crater remains a distinctive landmark. A 30-minute drive across Oahu’s H-1 will bring you to the island’s other prominent point of interest, the Arizona Memorial. Visited by more than one million people annually, this National Historic Landmark commemorates the Dec 7, 1941 attack on Pearl Harbor.

Recreation
Oahu is a great place to live. Its residents enjoy the conveniences of a larger city as well as the majestic, natural beauty that distinguishes Hawaii from every other state. Furthermore, the island is overflowing in Aloha Spirit, the attitude of friendly acceptance for which Hawaii is so famous. You will find that on Oahu, this joyous temperament is an unmistakable and unavoidable characteristic of all those lucky enough to call the island home.